After its first year of operation, the library loaned 10,463 volumes to 4,609 borrowers. Circulation rose to 4,300,000 items in the library’s 50th year of operation.  At 100 years, OC Public Libraries, (renamed in 2008), runs 33 branches and has customized its services to engage and meet the diverse needs of its communities with an extensive bank of quality electronic resources, a variety of programs lead by community experts and partnerships bringing relevant services to families and individuals visiting our libraries.  Enjoy this virtual timeline that takes you on our journey over the last 100 years as we look toward the future. 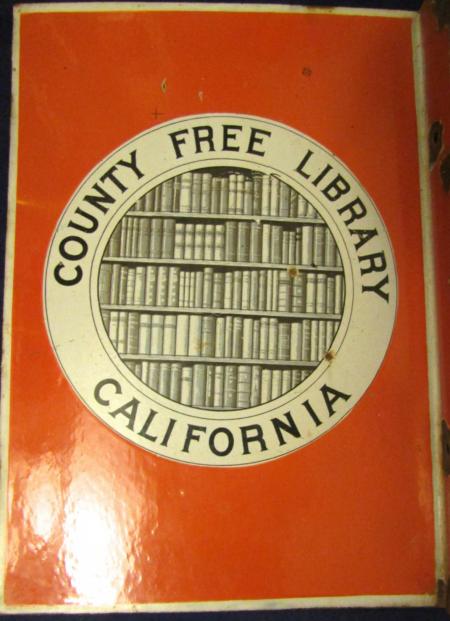 San Juan Capistrano Branch (“SJC Union High School Branch”) is established and begins operating in September out of the community’s new high school building. First Librarian: M.M. Parker. Though housed in a school, SJC is considered a “community branch” as it has its own reading room and a separate entrance for community members. In 1937, the library relocates to an adobe building in the downtown area, then moves again in 1940. In 1953, SJC Library relocates to the Old Justice Court Adobe, then to Adobe Shopping Center in 1965. The library’s current building, designed by renowned architect Michael Graves, opens in 1983.

Westminster Branch is established, operating from a schoolhouse with a collection of 180 books. First Librarian: Louise Turpin. The library later moves to Odd Fellows Hall, then relocates to Sigler Park in 1929. In 1963, Westminster absorbs the Barber City Branch and moves to a storefront in the Westminster Shopping Center. In 1977, it absorbs the Bolsa Branch and opens in a new building at the branch’s current location.

Brea Branch is established in a rented show room. First Librarian: Anna McVeigh. The library moves to city hall in 1929, then to its own building in 1953. It relocates to Brea Shopping Center in 1962, then to the city’s Civic/Cultural Center on September 25, 1981.

Seal Beach Branch opens in Citizens National Bank. First Librarian: Sarah Dyson. Relocates to temporary quarters in 1929, then to city hall in 1930. Moves to a new location across from city hall in 1962, then into a new building in 1978.

After one year of operation: The Orange County Free Library provides library services from 38 community distribution points established throughout Orange County: 19 schools and 19 community service “branches” (which include full library branches plus institutional service points and smaller “stations” in stores, rooms, or other locations).

Library Admin HQ relocates to the basement of the Hall of Records, Room 112.

First numbered library cards are issued to the public.

Atwood and Diamond Branches are established. Atwood closes April 28, 1929 after the building is destroyed in a fire. Diamond closes in late 1930-early 1931.

San Clemente Branch opens in the butler’s pantry of a community club house. First Librarian: Loral H. Caskey. Moves to larger quarters in 1940, then to a new building in May 1951. Relocates again in October 1956. Present location opens June 7, 1982. 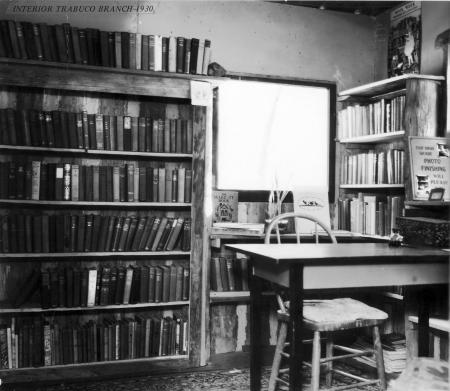 Shady Brook (Silverado) Branch opens in a log cabin operating as post office and library. First Librarian: Elsie McClelland. Is renamed “Silverado Branch” in 1934-35.  In 1946, Elsie retires and is given the cabin as a retirement home. The library moves to an old barber shop building, then moves again to a new building in Silverado Shopping Center on July 30, 1964. This location features the first air conditioning unit in Silverado. In 2017, the Silverado Branch closes and is rededicated as Library of the Canyons located in a former school on Santiago Canyon Road.

Tustin Branch opens. First Librarian: Hazel Gowdy. Relocates to First National Bank Building after the 1933 earthquake, then moves again in 1939 to a store building on Main Street. Moves to a temporary location in 1949, then to a new City Hall building in 1950. Moves to larger quarters in July 1958 and expands in 1963. New building on July 16, 1976. Current location opens August 19, 2009

El Modena branch opens in the Roosevelt School Building. Transfers to a nearby building in 1950, enlisting the school children to carry armloads of books from the old building to the new building where they were placed directly on the new shelves in order. Closes August 31, 1963.

Olive Branch is established in the Boy Scout headquarters in the “old section house” at Olive with a collection of 500 books. Closes 1962-63.

Midway City Branch opens in the rear half of a real estate office on Bolsa Avenue, serving residents of Westminster, Midway City, and Barber City. First Librarian: Anna Van Steenberg. Relocates in 1964 and is renamed the Bolsa Branch. Is absorbed by Westminster Branch in 1977.

Dana Point Branch opens in a local post office. First Librarian: Laura Louise Russell. Moves to Herbert Caldwell Building in 1950. Relocates to a small store building on La Plaza in 1957. Current location opens July 6, 1977 and its name is changed to the Dana Niguel Branch through 1998, when the name reverts back to the original. 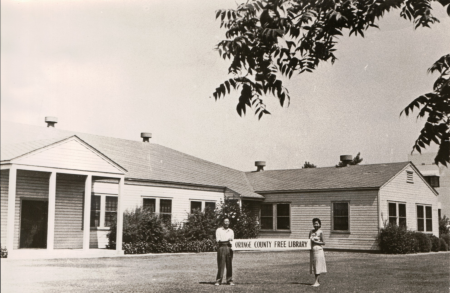 Library collects over 1,000 books to be distributed to military personnel for the “Send Your Books to War” campaign organized by the California Library Association. 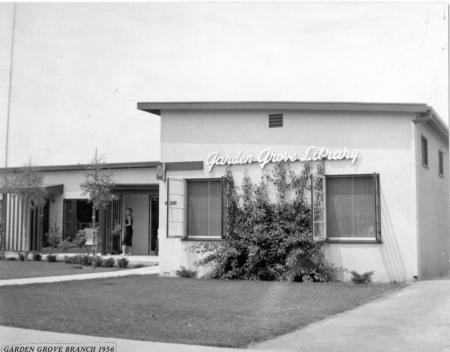 First Friends of the Library group forms in Laguna Beach.

South Laguna Branch opens, the second branch in that community due to population growth in the area. First Librarian: Virginia Narbel. Branch closes July, 1979. A public wake (including eulogies) was held at Laguna Beach branch.

Bookmobile service is established (later called “Extension Service”). First Librarian: Martine Hornburg. An additional bookmobile is added in 1962. In 1968, routes have 34 stops over an area ranging from Brea to San Clemente and Sunset Beach to Modjeska Canyon. Stops vary from 30 minutes to 3 hours. 1968 bookmobile circulation is 14,000 books per month. The last bookmobile is taken out of service in 1982. 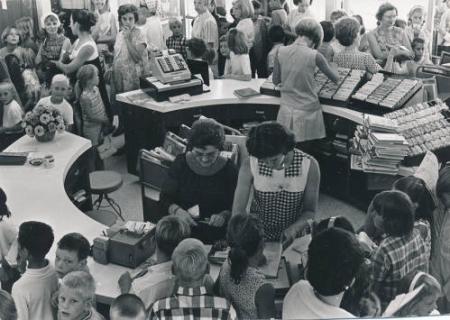 Library School Dept. closes (libraries which operated inside of schools before school funding allowed establishment of their own libraries).

Fountain Valley Branch opens. First Librarian: Dorise Jesko. Closes and reopens in 1991 in a new building and new location behind City Hall. The building is designed to represent a seahorse from above. 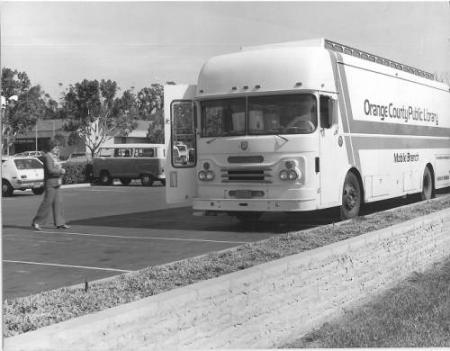 Card catalogs are replaced by computer-generated system-wide book catalogs (with inventory locator guide). Printed volumes are dispatched to each branch, enabling patrons to see what is available at other system branches. As the collection grows through the decade to over 1 million volumes and the printed catalog becomes overly cumbersome, a microfilm catalog replaces the print version. In 1988, the first electronic catalog is introduced on compact disc.

Young Adult Coordinator position is established and Young Adult (YA) collections, spaces, and programs are developed throughout the library system.

Seal Beach Branch adopts the name “Mary Wilson Branch” to honor the memory of longtime librarian Mary B. Wilson, who served as librarian from 1943 until her death in 1973.

Dial-A-Story program begins. Members of the public can hear a pre-recorded children’s story by dialing a toll-free telephone number. In October 1975, additional lines are added, half providing stories in English and half in Spanish. As of 1987, the program generates nearly 1,000 calls per day, 30,000-35,000 per month. Originally recorded by Librarians, as of 1981 the stories are recorded by Cal State Fullerton students in an on-campus recording studio until the program is discontinued in the early 1990s.

Current Dana Point library building opens, and the branch is renamed Dana Niguel. It reverts to its original name in 1998. “Special” collection items include a VCR monitor, manual typewriters, and Apple computers for public use.

University Park Branch starts Chinese language collection with a gift of 250 volumes of children’s books in Chinese from Irvine Chinese School. In that same year, a budget is allocated for a Chinese collection at IUP.

Friends of the Library Recognition Day is established.

Last bookmobile is taken out of service.

Books-by-mail service continues “extension services” after suspension of the bookmobile program. Books-by-mail is discontinued in 1985 due to cost considerations.

First database access is offered through the library’s subscriptions to “BRS: Bibliographic Retrieval Systems” and “The Source.” Librarians at regional reference centers in Brea, Garden Grove, and Mission Viejo are trained to conduct database searches for patrons. Search results yield a list of periodical citations for the patron to pursue.

Orange County Public Library agrees to administer the newly created Orange County Archives at the Chestnut Street Facility. The Archives move to the Old County Courthouse in 1991 and then are absorbed by the County’s Clerk-Recorder office in 1995.

Adoption of ALIS, an automated circulation control system, the largest of its kind at that time. All Branch collections are labelled with barcodes and all 25 branches are linked online by September 1984. The system’s promotional campaign features a new zebra mascot, “Rita Book”, whose stripes are intended to reference barcode bars. Rita is named by 11 year-old Cypress Branch patron, Sabrina Vasquez, who won a county-wide contest to name the library’s new mascot. Her entry is selected from 5,000 applicants.

Security systems installed in all branches. 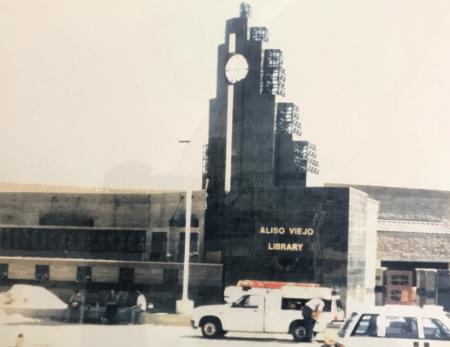 The system’s collection budget is halved and some branch hours are reduced during Orange County bankruptcy.

OC/EDGE (Electronic Data Global Entry) debuts: Dial-in computer access to the library catalog is available to the public 24 hours/day through a 900 number and dial up modem (at a controversial cost of 50 cents/minute). Users can consult the catalog, see if materials are available or checked out, reserve materials, and renew materials already checked out.

San Clemente Branch is the first library in Orange County to offer Internet connection and classes to the public from one Internet-connected computer.

OC Board of Supervisors creates the Library Advisory Board.

Public Internet stations become available for patrons in some branches.

All branch libraries include computer workstations with Internet access for patron use. 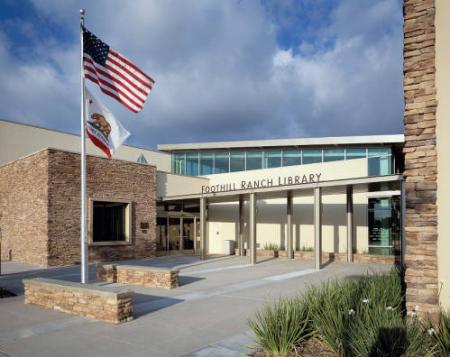 Wi-Fi is installed in all library Branches.

eAudiobook collection is established through Overdrive (100 titles in March 2006). 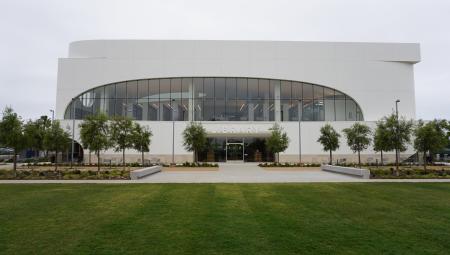 Lunch at the Library debuts at Garden Grove Chapman Branch. The following year, the program is expanded to include Garden Grove Main with additional branches participating in subsequent years. In 2019, the program supplies 20,564 free lunches to Orange County children.

In response to the COVID-19 pandemic, all OC Public Libraries branches close to the public, reopening in June with limited patron service.

WiFi on Wheels (WOW) is launched to address the digital divide augmented by the COVID-19 pandemic.